Described as a "very worthy, sociable man" [1] and remembered as a man "of superior talent, indefatigable activity, and unimpeachable integrity", [2] printer and publisher Frederick Mullett Evans' maternal grandfather Thomas Mullett led a fascinating life as a prosperous merchant in Bristol, London and New York. A vocal supporter of both the American and French revolutions, Mullett visited and lived in America at least three times during the 1780s. 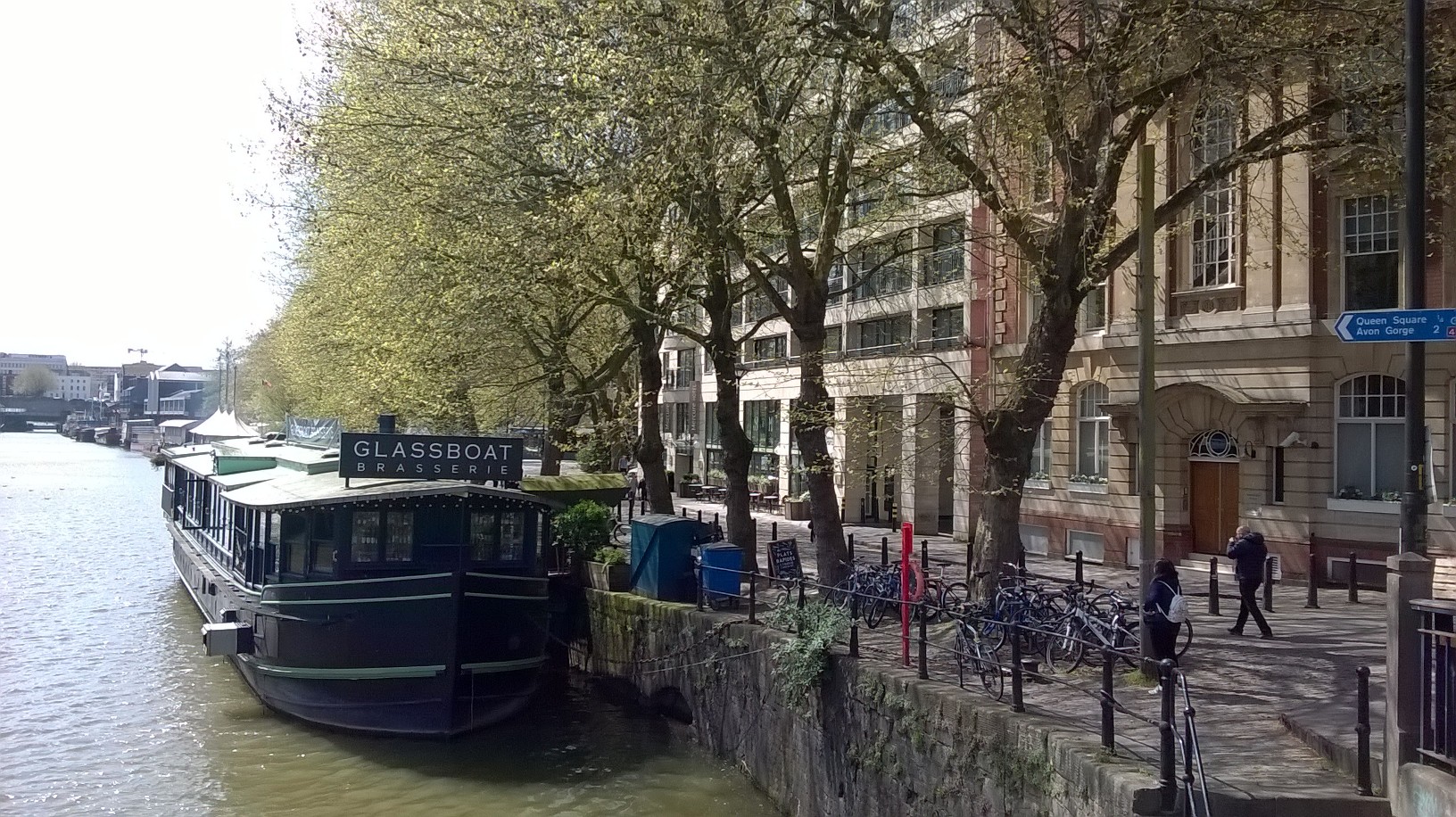 Welsh Back, Bristol where Thomas Mullett was living and working in 1775. Author's own photograph April 2018.

As an adult Thomas moved from Taunton to Bristol, Gloucestershire where he initially traded as a papermaker and stationer. On 14 April 1768 at the age of twenty-three, he married Mary Evans (1743-1800) at the church of St James, Bristol. Mary was the sister of Dr Caleb Evans (1737-1791), a prominent Baptist Minister in Bristol. By the year 1782 Thomas, Mary and family had moved from Bristol to 11 Sise Lane, London [3] from where Thomas conducted business as a merchant with Henry Cruger (1739-1827) and Thomas Lediard trading as Cruger, Lediard and Mullett.

Born in New York, Henry Cruger had emigrated to Bristol when he was eighteen years old. He eventually made the move back to New York in 1790 where he remained until his death. Both Cruger and Mullett were active political radicals; twice, in the years 1774 and 1784, Cruger was elected as the Member of Parliament for Bristol. Cruger, Lediard and Mullett had established important trade links with America and on 8 April 1783 Mullett's brother-in-law Caleb Evans wrote to tell a family friend that Thomas Mullett and Henry Cruger were going to be making a tour through the American continent "to settle a mercantile correspondence there". [4] This trip caused quite the family upheaval as Thomas' wife Mary decided to move with her young children from London to Fishponds, Bristol to stay with her brother Caleb and sister-in-law Sarah for the duration of his tour.

The Mulletts knew great sadness; Mary and Thomas would have eleven children altogether, however tragically only four survived to adulthood. By 1783 six of their children had died. In 1779 they lost two children in six months [5]; a few years earlier in 1775 they had lost two daughters to smallpox within a month of each other [5] and they had lost their first two infant sons, who were buried together in July 1771, to an illness which had affected their throats. [6]. Mary probably felt quite troubled at the thought of staying in London with her surviving children and it is little wonder that she moved to Bristol to be with her family. Also living in London with Thomas and Mary was Frederick Mullett Evans' father Joseph, or Joe as he was known to his family. He was just fifteen years old and working in a counting house; his uncle's trip and aunt Mary's removal to Fishponds meant that he had to leave his home and find a new family to lodge with in London. [7]

It was on this first visit to America at the end of the American Revolutionary War, that Thomas Mullett met George Washington (1732-1799) at his home Mount Vernon in Virginia. They spoke together for some time in Washington's library where Washington asked Mullett if he had come across anyone on his travels who he felt would be competent to write the history of the Revolutionary War. With great presence of mind Mullett answered "I know of one, and one only, competent to the task." When Washington eagerly enquired who this person was Mullett replied "Caesar wrote his own Commentaries!" Washington apparently bowed and replied "Caesar could write his Commentaries; but, Sir, I know the atrocities committed on both sides have been so great and many, that they cannot be faithfully recorded, and had better be buried in oblivion!" [8]

Thomas Mullett made at least two more trips to America during the 1780s, taking Mary and their youngest children Frederick (b.1781) and Jane (1782-1837) with him on one of these visits. [9] At the time of George Washington's inauguration as the first President of the United States in New York in 1789, Thomas Mullett was listed in the city's directory as a merchant at 32 Broadway, New York. In 1789 this property would have been situated around the area of Cortlandt Street and Maiden Lane in Lower Manhattan. [10] A year later the United States census of 2 August 1790 records Thomas Mullett as head of a household comprising of six people in the West Ward of New York City. [11]

By the early 1790s the Mulletts had returned permanently to London, taking up residence at 11 Broad Street Buildings from where Thomas continued to trade. In 1797 his sixteen year old son Frederick was apprenticed into the business [12] and by 1808 his son-in-law Joseph Jeffries Evans had also joined the family business. Very sadly in October 1800 Thomas' wife Mary died at the age of fifty-seven. Her obituary read "....who by a uniform life of piety, affection and benevolence was deservedly endeared to her family, and whose memory will long be held in esteem and veneration." [13]

On 8 September 1807 Thomas and Mary's youngest surviving daughter Jane, described by the diarist Henry Crabb Robinson as "a very sensible woman", married James Webbe Tobin (1767-1814) apparently against her father's wishes. Tobin was the son of James Tobin (c.1736-1817), a pro-slavery Bristol merchant with a sugar plantation in Nevis, West Indies. From 1698 until the abolition of the slave trade in Britain in 1807 the merchants of Bristol had the right to trade in slaves. James Webbe Tobin was himself a vociferous anti-slavery campaigner and a friend of William Wordsworth, Samuel Taylor Coleridge, and Robert Southey. Frederick Mullett Evans' paternal grandfather Caleb Evans was a signatory to a petition drawn up in 1788 calling for the abolition of the slave trade, however a few years earlier both he and Thomas Mullett voted for Mullett's business partner Henry Cruger on the occasions he stood for election in Bristol. Cruger was opposed to William Wilberforce's calls for the abolition of the slave trade; when he returned to New York to live permanently he had slaves in his household whom he later freed. [14] In December 1808 Jane contacted her father to say that she wished to see him as she and her husband were leaving England to make a life in Nevis. With a heavy heart Thomas agreed to meet with her, fearing that it would be the last time he would ever see her. [15] He was sadly proved correct. James Webbe Tobin contracted a fever in Nevis in 1814 and tragically died on 30 October 1814, leaving Jane with four young children. That very same day in London Thomas Mullett drew up his last will and testament. At the end of the will he expressed a wish for Mr Tobin to accept a bequest from him of £500 as "I have always had a sincere respect for him and have much regretted the existence of those circumstances which have deprived us of any personal intercourse." [16] Sadly just fifteen days after the death of James Webbe Tobin, Thomas Mullett died in London aged sixty-nine. [17]